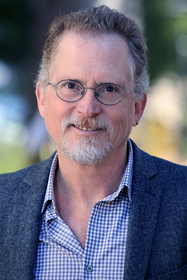 ​Kent Glenzer joined the board of Gathering for Women in the Fall of 2018. Kent is an Associate Professor at Middlebury Institute of International Studies. He holds a PhD from Emory University, an MA in Communication from Cornell University and BA in Journalism, from Northwestern University. He’s been teaching at the Institute since 2011. Kent has extensive work and research experience in sub-Saharan Africa, having spent 28 years prior to coming to the Institute with international NGOs such as Oxfam America, CARE, PATH, and also with Peace Corps. His work, teaching, and research focuses on the intersections of culture, organizational behavior, monitoring and evaluation, decision making, and strategy. He specializes in understanding how power dynamics, identity politics, and structural exclusion influence organizations, public policy, philanthropy, and the relationships between public, private, and nonprofit actors. He’s passionate about transforming higher education so as to better prepare young professionals to work on complex, wicked problems. This requires us to rethink and reinvent relationships between public, private, and nonprofit enterprises to connect disciplinary silos and expertise in new ways, and adopt transformative andragogical approaches in our programs. What the world doesn’t need is more competent, obedient, rule-following technocrats. What it does need is feral professionals who can transform systems and reconfigure long-standing relationships of power. 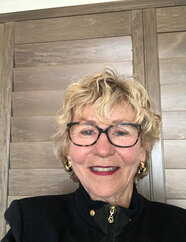 Cyndy Hodges joined the Board of Directors as Treasurer of Gathering For Women in the summer of 2019.  For 35 years she practiced as a Certified Public Accountant in her own firm in Fresno, CA, specializing in building construction and development. While in Fresno, she served on the board of directors of We Hear You, an organization committed to providing financial and emotional support to families and their children born with hearing loss. Retirement to the Monterey Peninsula in 2017 has allowed Cyndy to volunteer at Gathering for Women, as well as for the Carmel Chamber of Commerce. Cyndy has a degree in Business Administration with an emphasis in accounting from California State University, Fresno. She has a strong interest in helping the homeless and less fortunate women on our Peninsula. 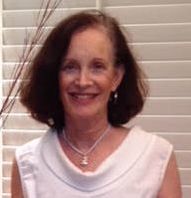 Ann has worked for the Monterey County Health Department promoting healthy eating practices to children in Monterey and Salinas schools (Project LEAN) and also worked in Development on the capital campaign for MY Museum, a local children’s museum. Ann has been a member and chair of various committees at Congregation Beth Israel and was President from 2003-2005. In addition, she has served on committees for Community Hospital’s Women’s Forum for Health, Monterey County Reads, Robert Louis Stevenson Schools, Kinship Center, Monterey’s Art in the Adobes, United Way and ACTION Council. Ann has also served on Gathering For Women’s Capital Campaign steering committee. Ann has a Bachelor’s degree in English and a Master’s degree in Public Administration. Amy recently retired from the Middlebury Institute of International Studies at Monterey (formerly the Monterey Institute of International Studies). Her last position at the Institute (MIIS) was as the Executive Director for Research Centers and Initiatives; before assuming this position, Dr. Sands had been Provost of MIIS for 8 years. She had also served for three years as the Dean of the Graduate School of International Policy Studies at MIIS. Previous to this appointment, she was the Deputy Director of the James Martin Center for Nonproliferation Studies for seven years. From August 1994 to June 1996, she was Assistant Director of the Intelligence, Verification, and Information Management Bureau at the U.S. Arms Control and Disarmament Agency (ACDA). Upon leaving the government, Dr. Sands received ACDA’s Distinguished Honor Award and the On-Site Inspection Agency’s Exceptional Civilian Service Medal. Before joining ACDA, she led the Proliferation Assessments Section of Z Division (Intelligence) at the Lawrence Livermore National Laboratory. She is a member of the Council on Foreign Relations and in August 2014 she was appointed to the Secretary of State’s International Security Advisory Board, and in 2015 she joined the Argonne National Laboratory’s National Security Advisory Board. 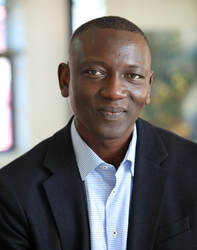 Abdel Seck joined the Gathering for Women board with extensive experience leading initiatives that fight injustice and promote peace. Most recently, Abdel co-founded the Jews, Christians, and Muslims United (JCMU) with the mission to promote social justice, while developing tolerance, unity and peace among these communities. He co-founded Community One World Enterprise (COWE), a marketing and commercial diplomacy consulting firm through which he leads the effort to turn the African Growth and Opportunity Act (AGOA) into a Free Trade Agreement between the United States and eligible African countries. Prior to that, Abdel was a Managing Partner and V.P. for Africa at Abundant Biofuels Corporation, the first Californian firm to develop renewable energy from Jatropha Curcas. He is an owner and operator of multiple businesses on Monterey’s Old Fisherman’s Wharf, and the sitting President of the Islamic Society of Monterey County. Abdel holds a B.A. in International Relations, and a Master’s in International Policy Studies with a focus on Trade, Investment, and Development from Middlebury Institute of International Studies at Monterey (MIIS). He is an expert in U.S./China trade relations. His lifetime commitment is to support disadvantaged women battling breast cancer in his native Senegal: “this is a personal vow,” he says, as he lost his beloved mother to breast cancer. 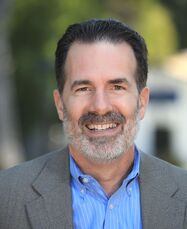 Jason Warburg joined the board of Gathering for Women in July 2022. He is a writer and communications consultant who was the executive director of communications at the Middlebury Institute of International Studies for more than 10 years. Prior to moving to Monterey in 2009, Jason served in senior communications roles for a national non-profit in the higher education arena, as well as for public officials including Lt. Governor Leo McCarthy, Rep. Mel Levine, and State Senator Gary K. Hart. Jason holds an MS in foreign service from Georgetown University and a BA in political science from UC Davis. He completed Leadership Monterey Peninsula in 2012, served on the communications committee for Rancho Cielo’s 2014-16 capital campaign, and has been a volunteer consultant for Gathering for Women since 2019. 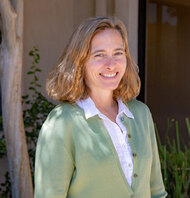 Ellen joined the board of Gathering for Women in the summer of 2018. She has been a registered nurse and employed with Community Hospital of the Monterey Peninsula for over 25 years. After working as a clinical nurse for a few years, Ellen made the switch to health education.  Her current position is Community Health Coordinator. She is especially interested in older adults and the underserved. Her first experience with Gathering for Women was in 2014 when she was involved with finding healthcare professionals to come speak at the weekly lunches.  Ellen was very impressed with the amazing work of the volunteers and the sense of community and support created for the homeless women.  Her other volunteer commitments include active participation in the RotaCare Clinic in Seaside. She attended Samuel Merritt and Saint Mary’s College where she received a Bachelor’s degree in Nursing. 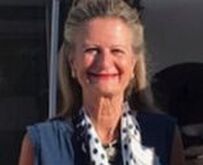 Board Member Christine Haska passed away on July 26, 2017 at home with her family by her side.  Christine was an original board member whose vast experience and thoughtful guidance were critical to the successful growth of our organization.  Her keen insight and gentle elegance will be truly missed.  We all have fond memories of Christine to hold in our hearts.  “…..I’ve really had a great life and have enjoyed participating in every part of it… I’ve had blessings and opportunities that most people don’t have, and I’ve been keenly aware of those every step of the way.  And the people who have crossed my path — amazing people….”
Christine  July 15, 2017 email to Board President