The staff of Gathering for Women represent a diverse and professional team
​ that serves our mission through commitment, dedication and expertise. 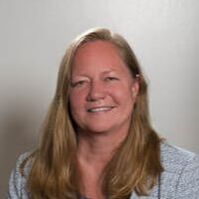 Staci Alziebler-Perkins returned to California after 20+ years in New York City where she has been a passionate advocate for gender equity, social justice, and environmental stewardship. She is experienced in financial management, grant management, fundraising, human resource management and has an in-depth knowledge of the intersectionality of poverty, racism, and gender inequity. Staci also brings knowledge of the philanthropic arena. Her strengths include building strong partnerships and coalitions, leadership and mentorship, and managing organizations experiencing change and growth. She holds an MBA from the Middlebury Institute of International Studies and a BA in Political Science from the University of California, Santa Barbara. As an ardent women and girls’ rights supporter, Staci has advocated for women's rights at the local, national and international level both personally and professionally as the President of the Zonta Club of New York City and as a United Nations Committee member for Zonta International. Amy Stocker joined Gathering for Women in February of 2018 in the newly created role of Finance Director. She recently completed her MBA at Middlebury Institute of International Studies in Monterey with a concentration in Social Enterprise and Finance. After obtaining her license as a Certified Public Accountant, she served as an audit and tax senior for Deloitte & Touche LLP. She has worked as a private consultant in the agriculture industry and prior to attending Middlebury she was the CFO for Harbinger Group LLC, a local produce company.

Amy received her undergraduate degree in Mechanical Engineering from Georgia Institute of Technology through a work-study program with General Electric and also spent several years in the utility industry.

Mary Snyder was born and raised in Pennsylvania, graduating from Bucknell University with a BS in chemical engineering and a BA in sociology, returning later to complete an MA in English. She served as Program Assistant and then Director of the Women’s Resource Center at Bucknell, building the peer education program and visibility of the Center on and off campus. She went on to work for several years as an English professor, authoring a book on literature-to-film adaptations. In 2011, Mary relocated to California and began working as a counselor and behavioral specialist in the social services, primarily to gain an understanding of best practices in providing trauma-informed care to women, children, and families. She has provided mental health and case management services to female offenders reentering the community in San Francisco as well as homeless women struggling with mental health and substance use (co-occurring) disorders at a residential program in Oakland. She recently returned to Monterey, having lived here for several years after college, to bring her diverse skills and background to the Program Coordinator position at Gathering for Women. 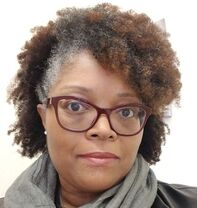 Anjanette Love has lived in Monterey County for over 40 years. After working in the corporate world for 15 years, mostly in banking, she changed her employment focus to work with vulnerable populations. Anjanette began her new career as a Workforce Specialist, working with at-risk youth in Monterey County through a region-wide nonprofit organization.  After that nonprofit closed its doors in Monterey County, Anjanette worked helping senior citizens and the physically impaired access public transit. Anjanette has a real understanding of the needs of our women guests, and her kind demeanor and knowledge of local resources has made her an effective case manager. 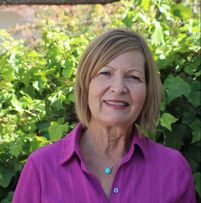 Cindy Howell joined Gathering for Women in December 2019 as a volunteer, joyfully preparing and serving meals in the kitchen.  She is passionate about helping oppressed, underserved, and vulnerable populations especially the unhoused women of the Monterey Peninsula. Cindy grew up with a father who was a licensed clinical social worker, and she is proud to have a daughter whom is also a licensed clinical social worker. Helping runs in the family! Cindy has a lifelong 30 year career in healthcare, and also worked as an eldercare case manager in both Santa Cruz and Monterey. In her spare time, she enjoys hiking, traveling, spending time with her grandkids, and going on new adventures. Cindy brings a wealth of compassion and enthusiasm as the Volunteer Coordinator at Gathering for Women..

A mother first, a chef second and an entrepreneur third, Cesi Aguilar, a 25-year-old Monterey County Native and daughter of immigrant parents, grew up a minority in the city of Seaside.

Cesi’s career and passion for the kitchen began at age 14 with her internship assisting in the kitchen at the Boys & Girls Club of Monterey County. She would help wash dishes, clean the cafeteria and help prep meals for the club members. In summer 2014, with help from her mentors at the Boys & Girls Club, she was awarded an internship with the Pebble Beach Company at Spanish Bay in the bake shop. Amazed at how Cesi improved her skills and demonstrated an acute attention to detail, the chef hired her full time. Using her Instagram as a tool to showcase her work gave Cesi exposure to the entire Central Coast community. This exposure lead to the Monterey Bay Aquarium hiring Cesi as their pastry chef. As Chef, Cesi oversaw the bakery department which provided for the Café, Restaurant and banquet events of up to 1,200 guest. Cesi also operates a successful home based business, Cupcake by the Sea, where she creates custom desserts and cake designs. In her short career, Cesi has learned that the secret ingredient to everything is LOVE. One must always do everything with love. Karen Morgan is recently retired from a successful thirty-five year career in the auto industry.  Growing up on the Monterey Peninsula, she raised a daughter, and now loves spending time with her two grandsons. She is passionate about helping vulnerable populations. Karen sponsors children in Africa and Haiti and enjoys taking trips to connect face-to-face with these children.  She loves the outdoors, biking, hiking and camping.  Karen has an Associate's Degree from Monterey Peninsula College.
​